For the first show of 2022, Carhartt WIP Radio welcomes DJ Spinna, the legendary hip hop and deep house innovator from Brooklyn, NYC. From the tender age of eleven, Spinna found himself behind the turntable, while his teenage years saw him develop a love of vinyl. He became an avid collector while also making his name as a DJ with a style that would flit between hip hop, electronic, soul, R&B, funk, and jazz. In 1994, he launched his recording career, as a member of the underground hip hop group Jigmastas, before going on to work with the likes of Eminem, Mos Def, Talib Kweli, Pharoahe Monch, and De La Soul.

As a renowned remixer, he has transformed music by stars like Mary J. Blige and Michael Jackson, as well as jazz and soul legends such as Donald Byrd, Eddie Kendricks, and Roy Ayers, translating their work for the dancefloor. In 2002, Spinna joined forces with the label BBE, releasing his acclaimed sophomore album Here to There. He has since followed that up with seven more albums on various labels, as well as launching his own imprint, Correct Technique Records, and compiling numerous compilations.

While he is typically known for his eclectic DJ sets, Spinna has also garnered a reputation for hosting parties dedicated to a single artist, such as his WONDER-full nights, dedicated to Stevie Wonder, or Soul Slam, better known as the “Michael Jackson vs Prince” parties, which have been celebrated across the US.

For Carhartt WIP Radio, DJ Spinna conducted a mix which he describes as “time traveling through my early days of underground hip hop… and showing my evolution into house music." As ever, we sat down with our host to gain a deeper insight into his early musical memories and influences, the educational aspect to his DJ sets, and what he has on his horizon.

Do you still remember your first musical memory and if so, is it related to what you do today?

DJ Spinna: My very first musical memory would be playing records out of my dad’s collection as early as three years old. That was the beginning of my vinyl addiction.

What is the driving force behind your creativity?

DJ Spinna: My driving force for playing and making music comes from a very deep-rooted spiritual place. I always feel like I’m connecting to powers higher than myself.

Who and what have been your influences for music-making and DJing? And have they changed over time?

DJ Spinna: My DJ urgencies erupted in the late 70s to the early 80s, first with disco DJs on NY Radio like Ted Currier, Tony Humphries, Merlin Bobb and Timmy Regisford, followed by hip hop DJs like Grandmaster Flash, The World Famous Supreme Team, Jam Master Jay and Red Alert. I was really fascinated with the more turntablist side of DJing. My heroes were DJ Cash Money, Jazzy Jeff and DJ Scratch. However I would say that ultimately the most important DJs for me are Larry Levan and David Mancuso. They were storytellers, they moved crowds by controlling emotions, strictly from the power of music. They were the archetype for club DJs. They are a big reason why I claim eclecticism because they played a wide range of genres. Presentation was key, while ego was perceived as detrimental. The greatest jewel I will take to my grave comes from the late Frankie Knuckles: once the DJ thinks they’re bigger than the music, they lose. On the production side, Stevie Wonder, James Brown, Quincy Jones, Larry Smith, Marley Marl, Pete Rock and the late J Dilla, Masters At Work, Larry Heard, Kerri Chandler and Todd Terry are my inspirations.

How would you describe the music you play and produce to someone that hasn’t heard of it? 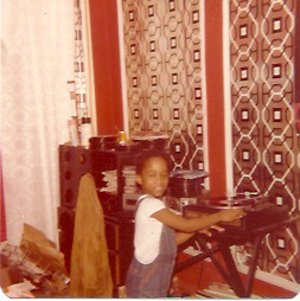 My driving force for playing and making music comes from a very deep-rooted spiritual place. I always feel like I’m connecting to powers higher than myself. 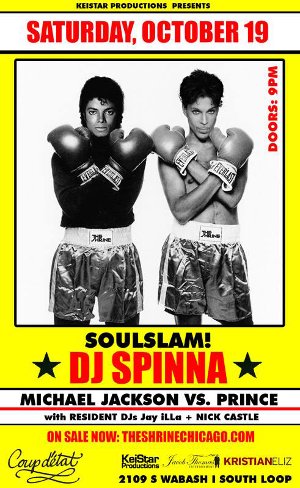 Your last official album was the 1997 Beat Tape release on the New Jersey-based label Redefinition Records in 2018. What do you have in the pipeline currently?

DJ Spinna: I’ve had tons of releases since the “1997 Beat Tape.” Currently, there’s a newly released remix I’ve done for AG (Showbiz and AG) for a track called “The 5th Beatle”; a remix for Inkswell on Atjazz’s ARC label for “ForEachOther”; two remixes for the legendary Otis Redding for two classic tracks “Sitting On The Dock Of The Bay” and “Hard To Handle”; and loads of house remixes. There’s a “1998 Beat Tape” coming soon on my Correct Technique imprint, an EP with Homeboy Sandman and hopefully a new album similar to my “Here To There” album on BBE, which is 20 years old this year. I never stop working.

Early on in your career, you made a name for yourself in what, back then, seemed like two very different scenes – house and hip hop – without using different names. It was all DJ Spinna. Did you separate those scenes and the music personally? And what made you merge them in the way that you did?

DJ Spinna: I can’t really say that it was a merge. It just worked out that way. I entered the music industry via hip hop, but it was never my intention to stay there. As a DJ, for example, I’ve always played everything since day one. That’s what defined a DJ at one point in time. I always looked up to producers before me that were able to branch out beyond what they were known for. I never had a need to separate identities – it’s either you get it or you don’t. I started clubbing at the age of 16 and my first experience was at the Paradise Garage.

You’ve hosted multiple tribute parties dedicated to Michael Jackson, Prince, Stevie Wonder and so on. It must be quite challenging to only play music by one artist for the whole night while keeping the dancefloor entertained. Do you see it as an educational exercise for the audience as well?

DJ Spinna: Actually, after two decades of doing these events my only real challenge is finding new ways to rock the same jams while continuing to introduce new “old” tracks or new edits or versions of familiar songs. It keeps things exciting for me and the partygoers. It’s definitely an educational exercise. The beauty in playing music from all of these legacy artists is how much there is to be discovered. There are fans that want to hear deep cuts, not just the pop hits, and they are really serious and passionate about it. I think that is another reason why these events have taken on a life of their own. In 2009, when Michael Jackson passed away, I was approached by Spike Lee who was in search of a DJ for the annual BK Loves MJ event in Brooklyn. My reputation garnered me a few recommendations to Spike who quickly learned about my dedication to honoring Michael Jackson and later Prince. The very first BK Loves MJ party was the largest crowd I’ve ever played for to date, 50 thousand people outdoors in Prospect Park Brooklyn. It was magical. 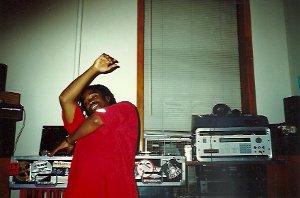 How important, in general, is the educational aspect in your DJ sets?

DJ Spinna: The educational aspect is an essential part of my sets. I particularly get bored playing the same old stuff. I love introducing unfamiliar or unheard tracks and schooling my audience.

Can you tell us about the relationship between your work and your identity?

DJ Spinna: All I can be is myself. What you hear is who I am and must be doing something right because the calls keep coming, for hip hop, house and everything in between.

What makes a track exceptional to you? Tell us a classic that you feel is outstanding and describe what it is about it that moves you so much.

DJ Spinna: What makes a track exceptional to me really depends on how it strikes my soul. It could be something minimal like Carl Craig’s Sandstorms or musically rich like Quincy Jones and Patti Austin’s Razzamatazz, filled with complex arrangements and orchestration. It’s really based on a feeling and how the music speaks to me.

You’ve probably seen the New York club scene change quite drastically over the years that you’ve been an active part of it. Are there any things currently that excite you or you think we should watch out for?

DJ Spinna: It’s really hard to speak on that while we’re still dealing with a global pandemic that’s left so much uncertainty for partygoers. There’s definitely a new underground scene with so many new venues popping up, especially in north Brooklyn. There are a few up-and-coming DJs I admire, one being on the two brother team Muscle Cars out of Brooklyn. They understand music.

The educational aspect is an essential part of my sets. I love introducing unfamiliar or unheard tracks and schooling my audience. 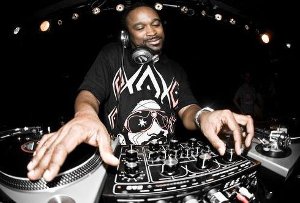 For your Carhartt WIP Radio show you chose some special tunes from your rich discography. What do they mean to you and is there a special story behind your mix?

DJ Spinna: For this mix, I’m focusing on my own productions and remixes. I’ll be time traveling through my early days of underground hip hop with my group Jigmastas and releases from our Beyond Real label, [before] journeying on with some of my earlier remix works and showing my evolution into house music. You’ll be able to hear how my sound expanded over time.

What will the sound of tomorrow be?

DJ Spinna: Music goes in cycles. I think more retro sounds will take over. The further forward we go in years, the more some music-makers will get inspired and borrow from the past.

What old albums or 12 inches have you rediscovered lately and what makes them special?

DJ Spinna: I’ve actually been getting back into hip hop circa 1983 to 1987, pre sampling/drum machine era. As hip hop ages, that era, in my opinion, is becoming less celebrated. Most of the hip hop DJs I experience play the same 90s and early 2000s classics.

Who are you listening to these days?

DJ Spinna: I’m all over the place all the time. I have a weekly show on Apple Music, The Here To There Radio Show which runs the gamut across and keeps me digging. Lately I’ve been digging new music from MMYKK, Jeff Parker, Kaidi Tatham, Greg Dean and Tall Black Guy.

What’s something you’ve learned through music that in turn has helped you in life?

DJ Spinna: I wish I could fly.

DJ Spinna: The comedian @TonyBaker for all of the laughs.

Can you tell us something that you haven't done yet, but you always wanted to?

DJ Spinna: I want to make a rock album and a jazz album. I’ve always wished I was an established virtuoso keyboardist. One day I will reach that goal. 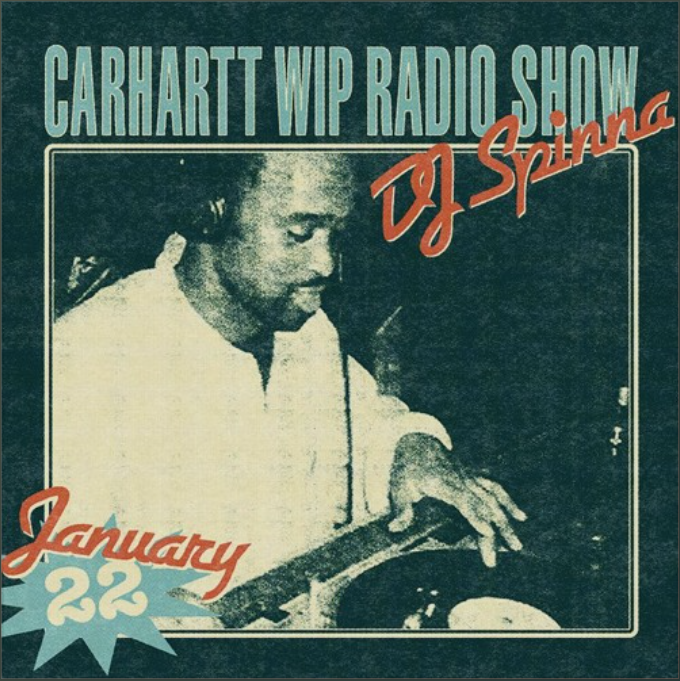