“Have you ever experienced love at first sight? That strong gut sensation of just knowing. The certainty. I have this with the music that gets released,” says Elena Colombi, the UK-based DJ, producer, and label founder. Whether it’s releasing records on her imprint Osàre! Editions, playing a club night, or putting together a mix for her NTS Radio show, energy and emotion underpin Colombi’s approach to music. It’s one that has given her the freedom to break away from the conventions of genre and engage with a world of different inspirations.

Hailing from Italy, Colombi made her foray into DJing over a decade ago in 2008, when she relocated to London. She ran a series of parties titled Abattoir, starting out as the event’s promoter before eventually taking on resident DJ duties, where her sets became renowned for their expansive influences and genre-bending rhythms. In addition to landing her a monthly slot on NTS Radio, Colombi’s selections would take her to clubs and festival circuits all over the world, including Berghain and De School, as well as Unsound and Dekmantel Festival. 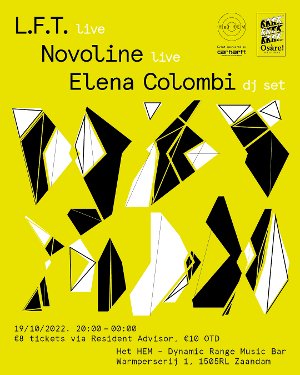 In 2019, Colombi solidified her reputation as an eclectic selector by launching her label Osàre! Editions. Originally founded as a way of reissuing music by 80s Greek artist Thanasis Zlatanos, the imprint evolved into a platform for daring, experimental, and future-facing releases, rolled out in genres like acid, ambient, coldwave, synth pop, and techno. Acts include Inkasso and Novo Linefrom Berlin, Suemori from Tokyo, and L/F/D/M from London. The label has also released more conceptual records such as The Male Body Will Be Next Pt. 1, which was a compilation featuring work from various artists such as Eva Geist, Coby Sey, upsammy, and Lamusa II.

For the first Carhartt WIP Radio show of 2023, Colombi created a mix that leans towards something softer and more meditative, featuring the sounds of artists like Cucina Povera, Ben Bertand, and Laurel Halo. As ever, the show is accompanied by an interview with Colombi, who discusses everything from how a stolen cassette tape sparked her curiosity in different sounds to what her favorite tracks are for closing out a party.

How and when did Osàre! Editions come about?

Elena Colombi: It launched in the autumn of 2019 – almost by accident – following the music of Thanasis Zlatanos and a great demo sent to me by Free Range. At first I was trying to get the music of Zlatanos reissued elsewhere, but the process wasn't working so I thought, “You know what? I'll start a label and release this myself.” The demo followed shortly after, so then I had double reasons to create it.

How do you find new artists for Osàre! Editions?

Elena Colombi: It's a very healthy mix between demos that get sent to me, and artists I discover and reach out to. I love the adrenaline that follows listening to something special and knowing I will be able to present it to the world. It's very similar to the high that comes right after a good gig. Quite addictive!

Do you have a wishlist of musicians you'd like to have on the label?

Elena Colombi: If an artist I would like to feature on Osàre is not on my radar, I find a contact and reach out, so the answer could be yes. It’s a constantly mutating wishlist that often becomes a concrete one.

What does a track or artist need to have in order for you to want to work with them or release their music?

Elena Colombi: Good question! It's hard to put into words. Have you ever experienced love at first sight? That strong gut sensation of just knowing. The certainty. I have this with the music that gets released. Oftentimes the certainty starts from a track or two, and an exchange follows until the release feels ready. As for the artists, I like to try and bring attention to people that are lesser known.

I love recording mixes. I like picking themes for each one, so it can get quite layered inside my head before I start recording

How did you go about creating your mix for Carhartt WIP Radio?

Elena Colombi: I love recording mixes. I like picking themes for each one, so it can get quite layered inside my head before I start recording. Often while selecting for one mix, I end up having three extra playlists for future ones (my NTS shows are no different). For this one, there were some extra limitations that I found quite interesting too. Using only music from the label meant that I had to be less “future obsessed” – something that comes quite naturally when running a label, as you’re constantly listening to stuff that will come out in a year or more. Plus, I made two other Osàre! Editions shows close to this for Oddity and  I.A.. The Oddity mix was mainly unreleased music and the I.A. one will be more dance-oriented. So, for Carhartt WIP, it felt apt to explore softer tones. More meditative sounds.

Growing up, what kind of music were you exposed to?

Elena Colombi: My parents listened to reggae non-stop. For a while I hated the sound of it because I associated it with cartoon themes and tv jingles, it was all so happy! But the association slowly faded and I started to enjoy some of it. When I was around four, I stole a tape that my father’s friend had put together. His taste was incredible. I think he used to be a local DJ when he was young. I listened to it on repeat. That was an introduction to a wide range of music for me. As a teenager, I became a sponge for anything music-related: the videos, the design, the packaging, the dance moves, the outfits. I was buying loads of CDs. I would stay up late and record all the interesting tracks from the radio on tapes, and videos that MTV wasn’t showing during the day on VHS tapes (at least in Italy). That was a wonderful period for music videos. It introduced me to the work of Chris Cunningham, Michel Gondry, Spike Jonze, and many more. Videos by Daft Punk, Björk, Aphex Twin, Autechre, LFO, Chemical Brothers, Portishead, Fatboy Slim, Sonic Youth, UNKLE; I had them all saved. It was very rewarding having this growing collection of amazing music and videos!

What are some of the first records you bought?

Elena Colombi: I’m struggling to remember the first ever record I bought. First there were tapes and CDs for me: the very two first cassettes I owned were True Blue by Madonna and Bad by Michael Jackson. I was four years old. My first ever CD was Pearl Jam’s No Code, which was a present from my cousin when I was eleven. I think this was followed by Beastie Boys’ Hello Nasty, Daft Punk’s Homework, and Björk’s Debut. My uncle – who wasn’t really into the music I was into – gave me some of his records around that time. There was nothing in the collection for me except a battered copy of Lil Louis’ French Kiss. So, perhaps this counts as my first ever record? 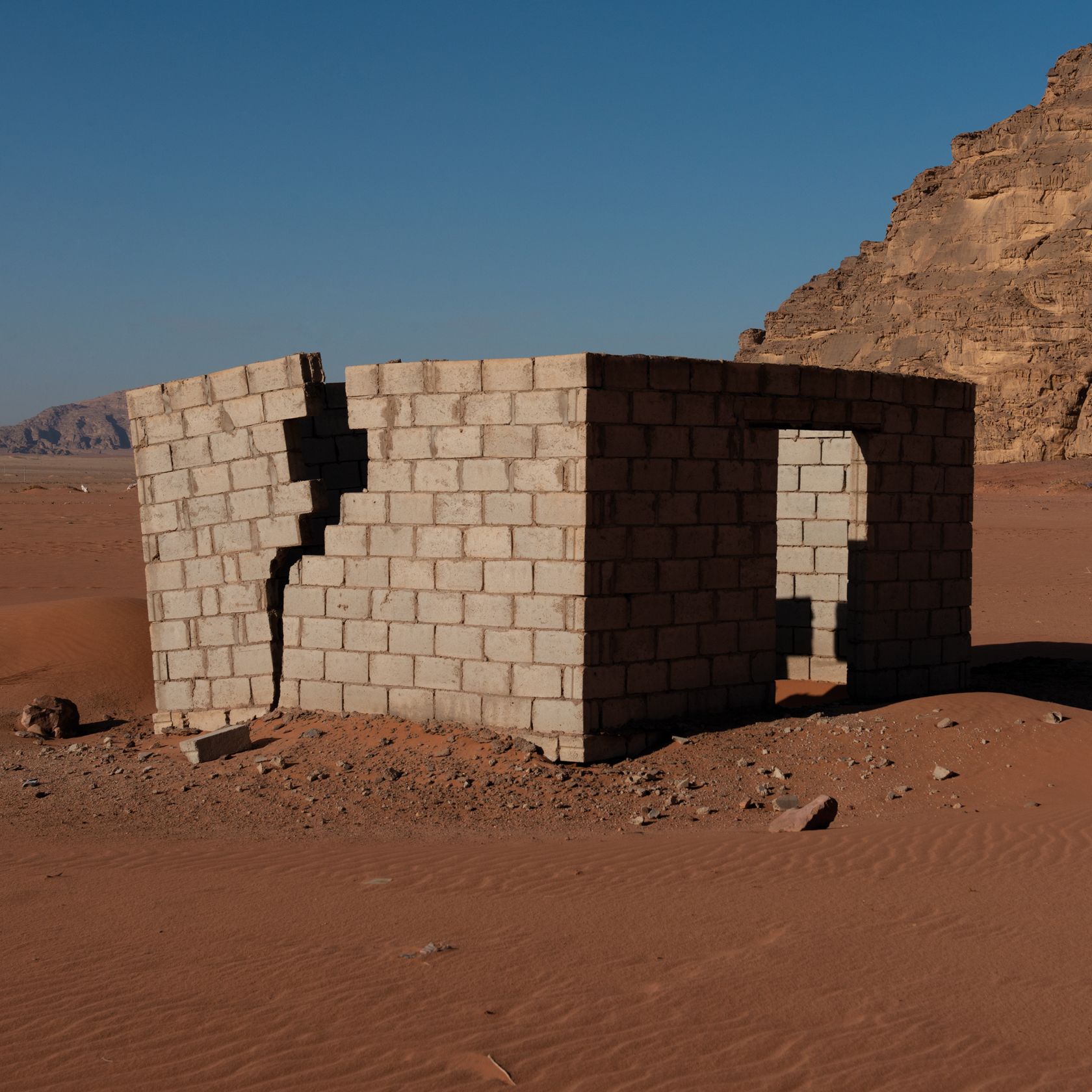 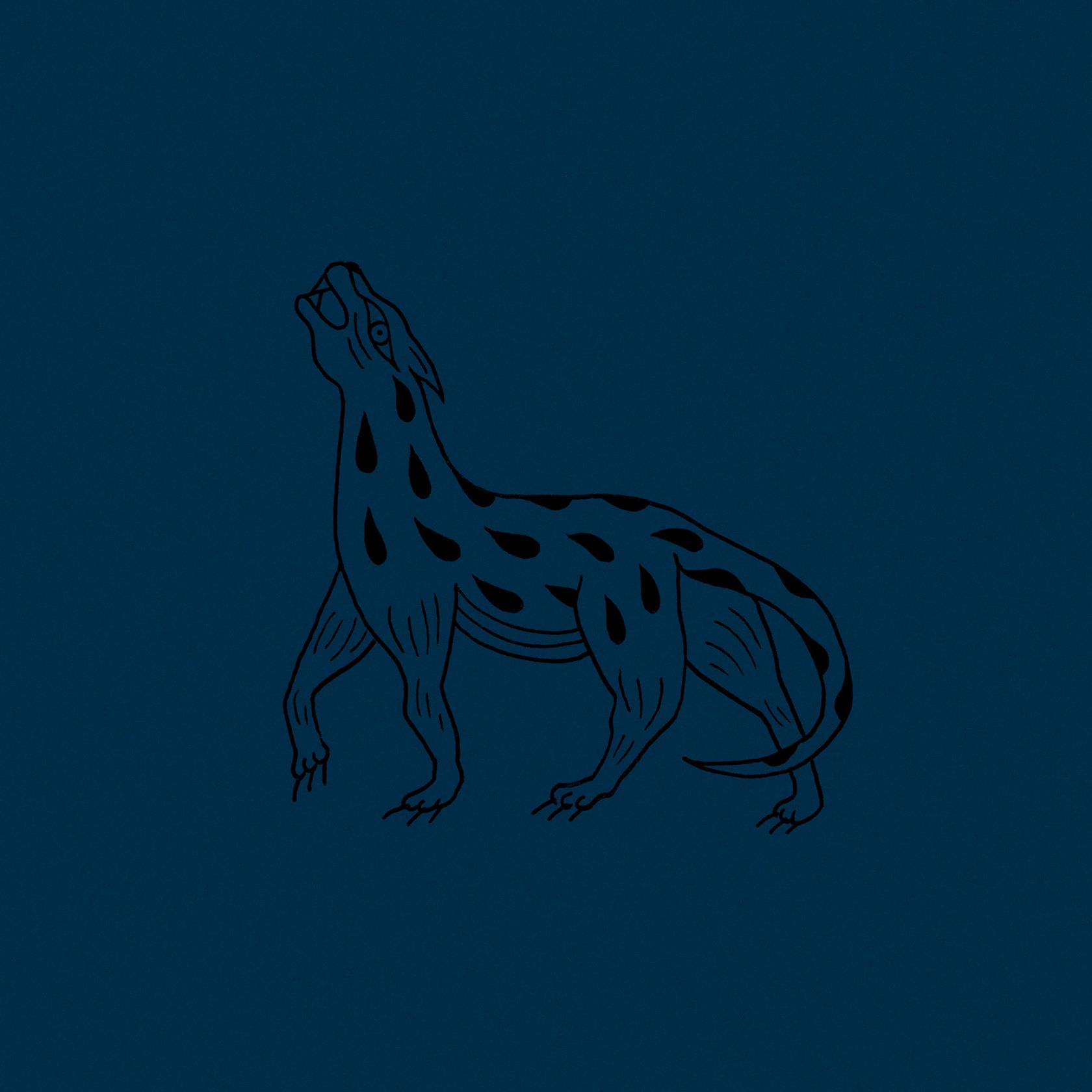 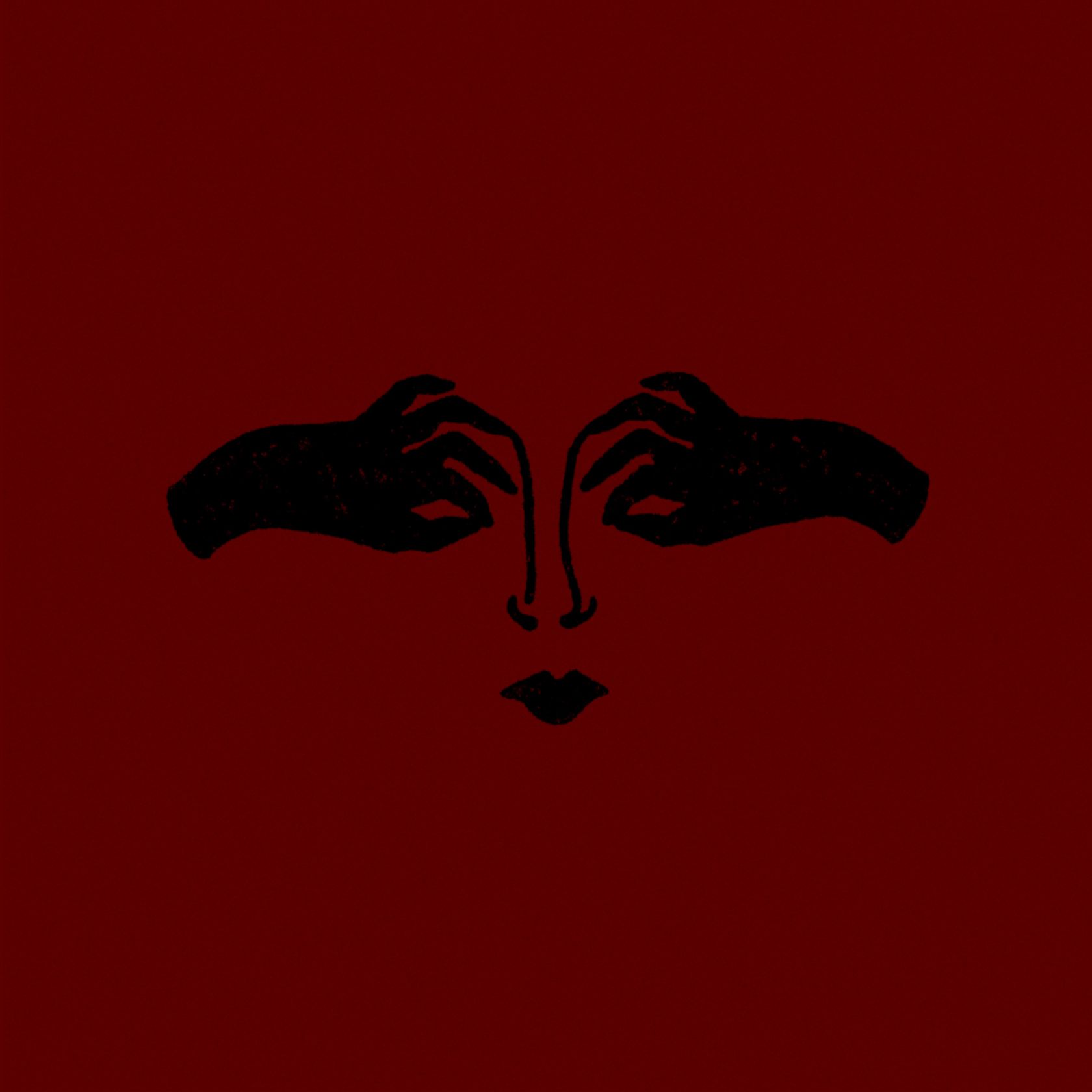 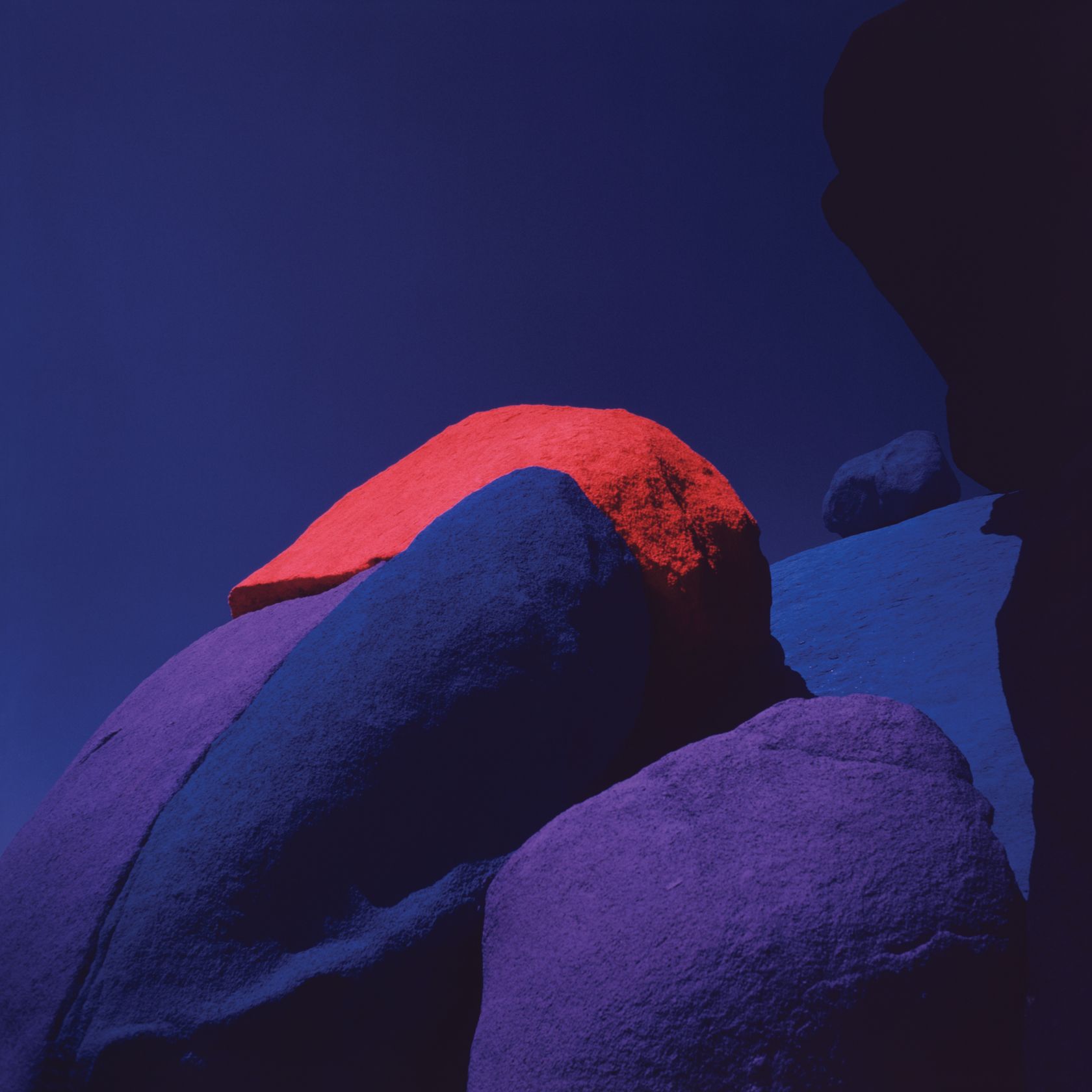 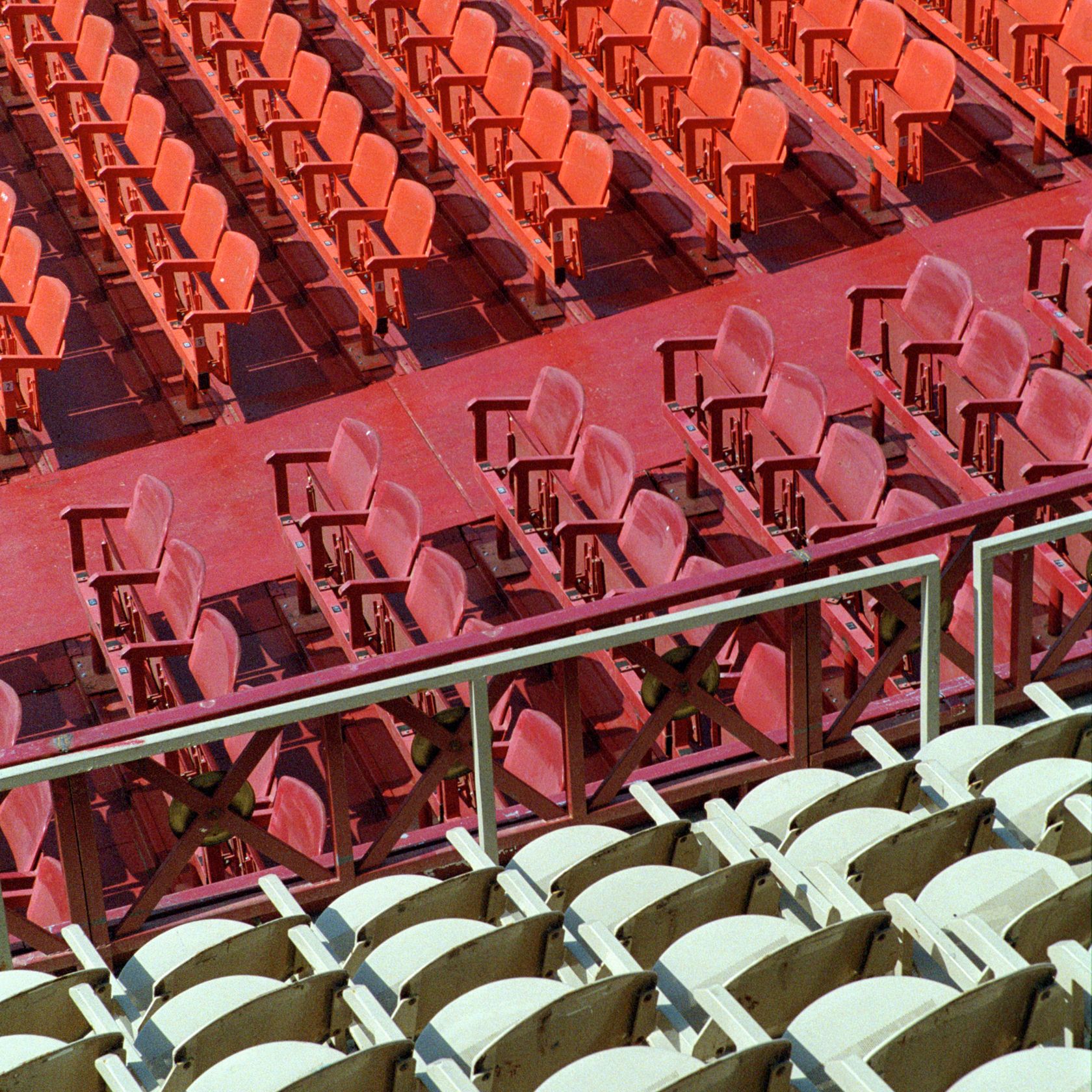 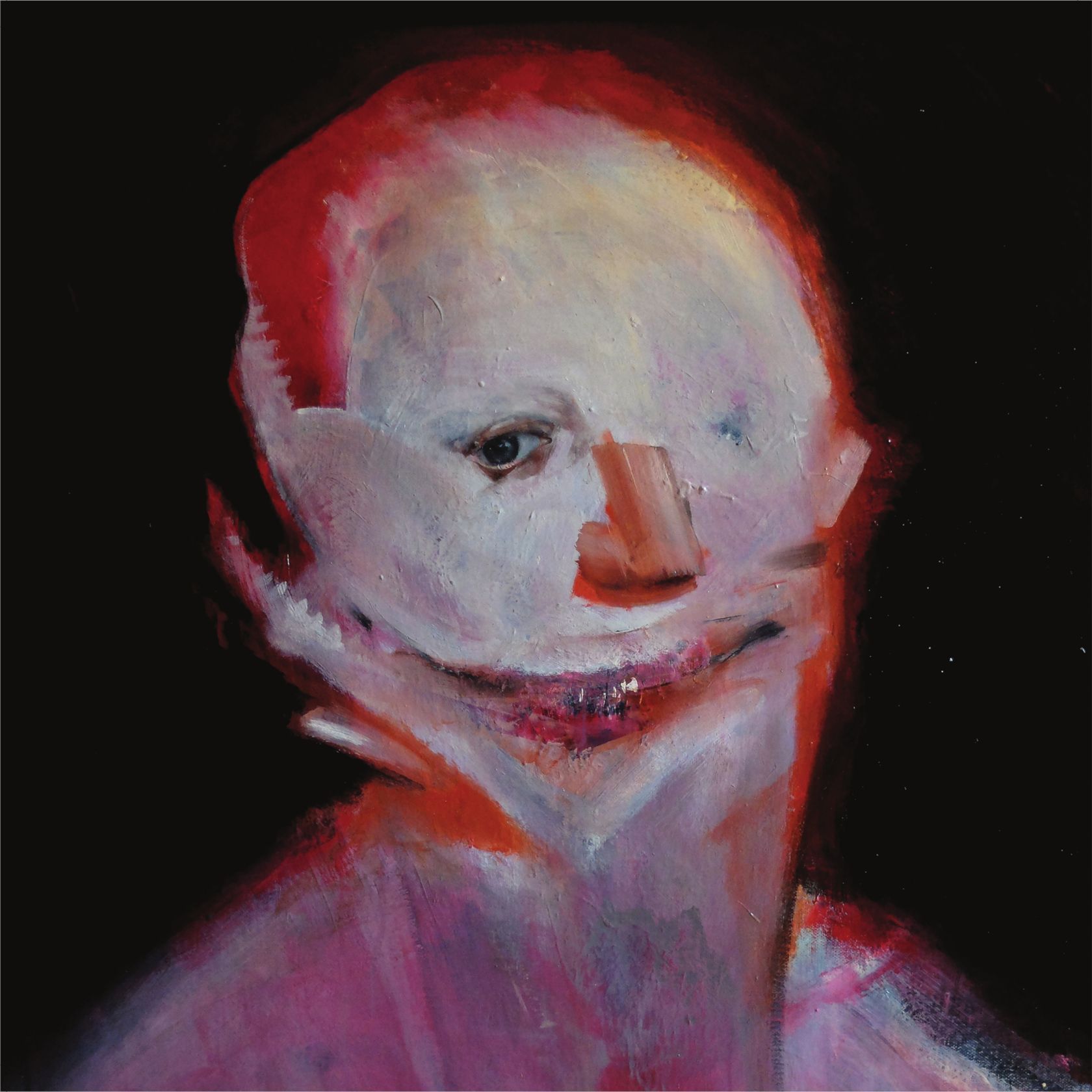 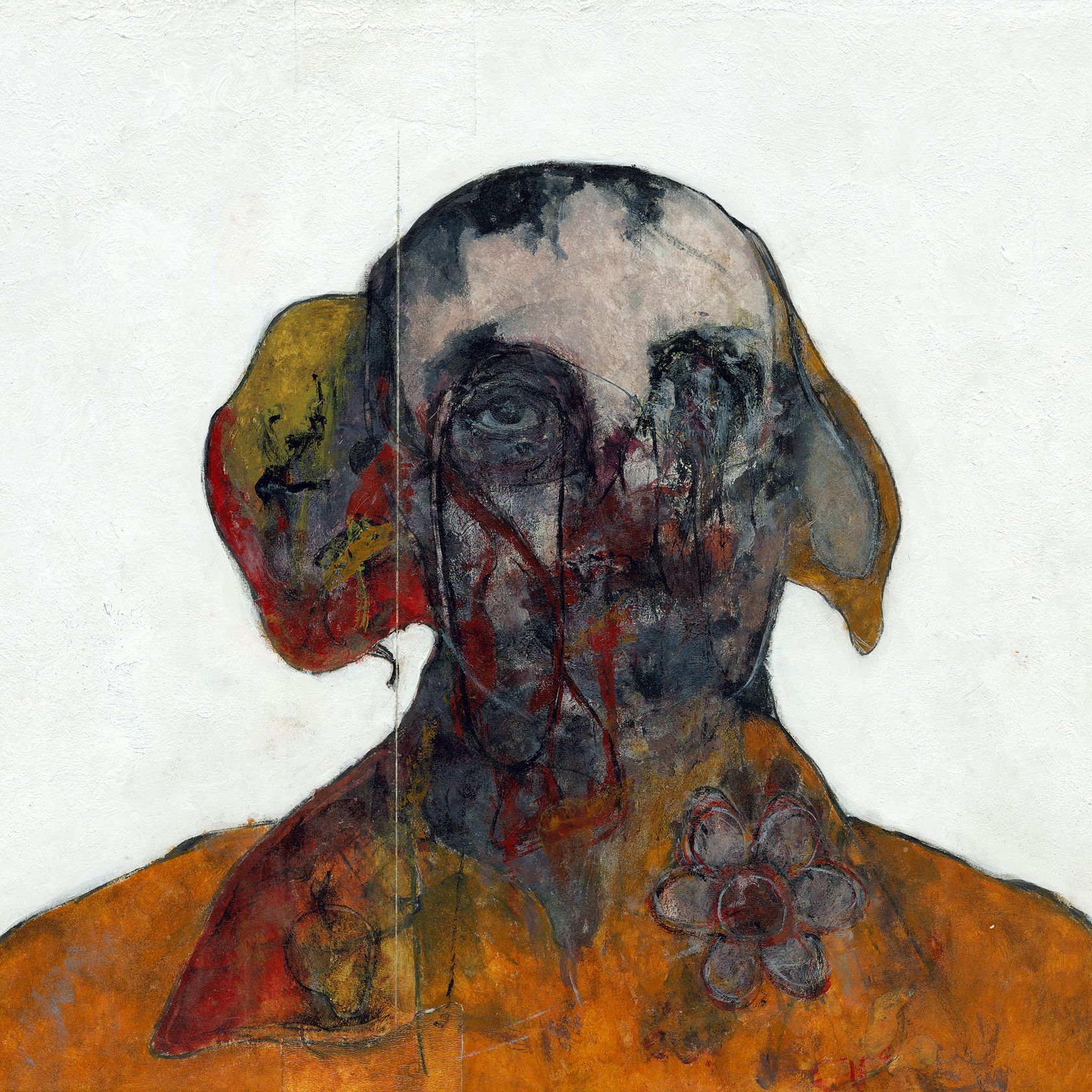 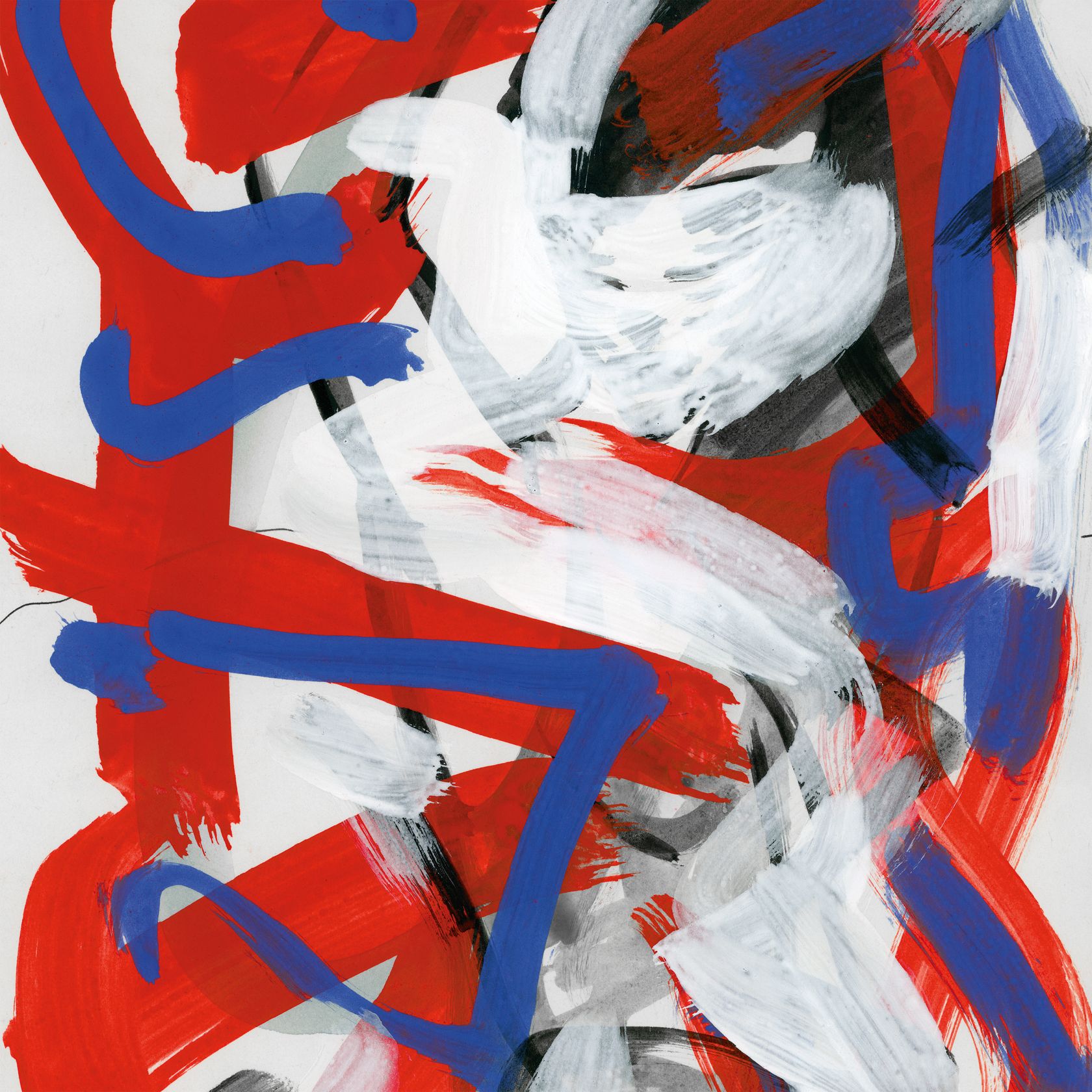 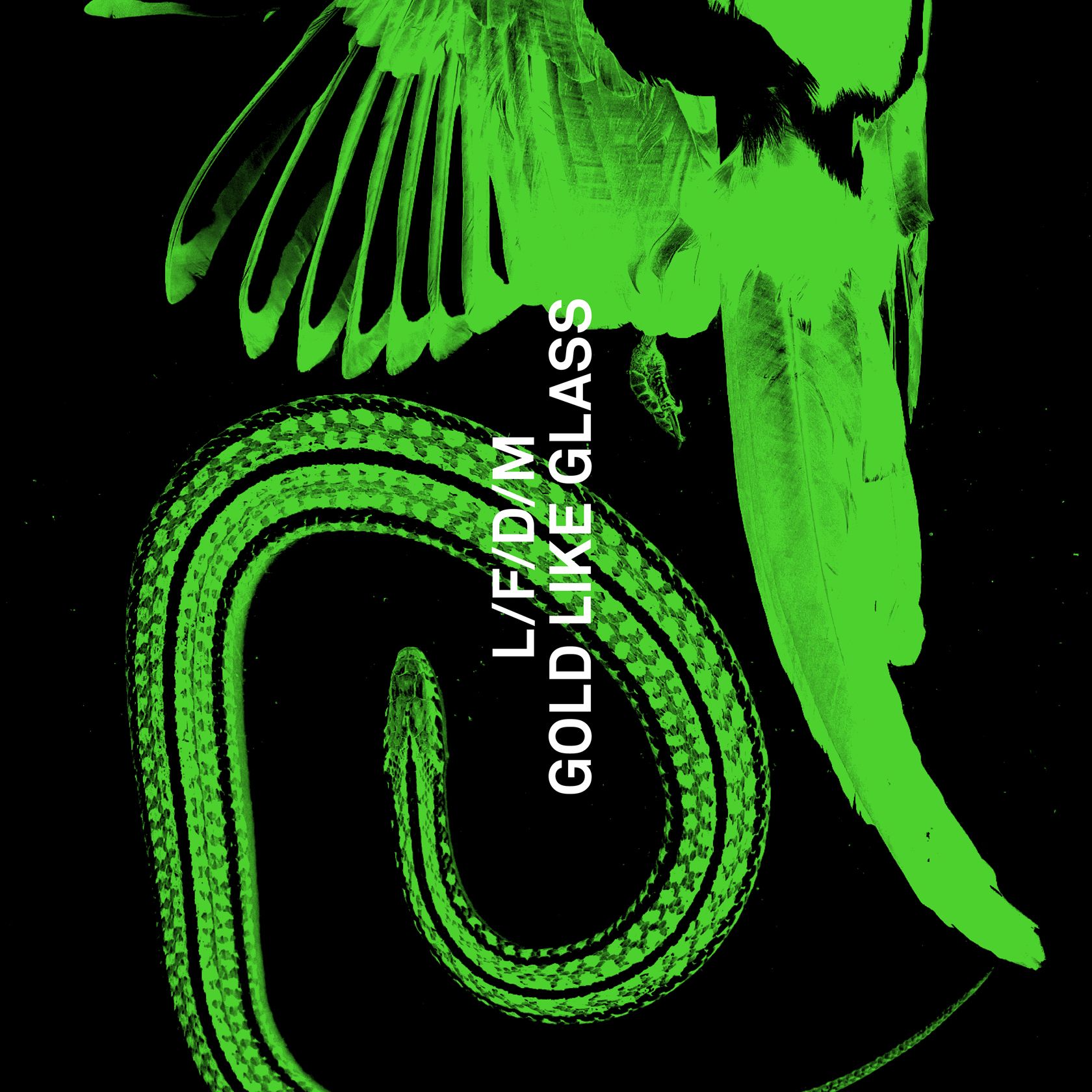 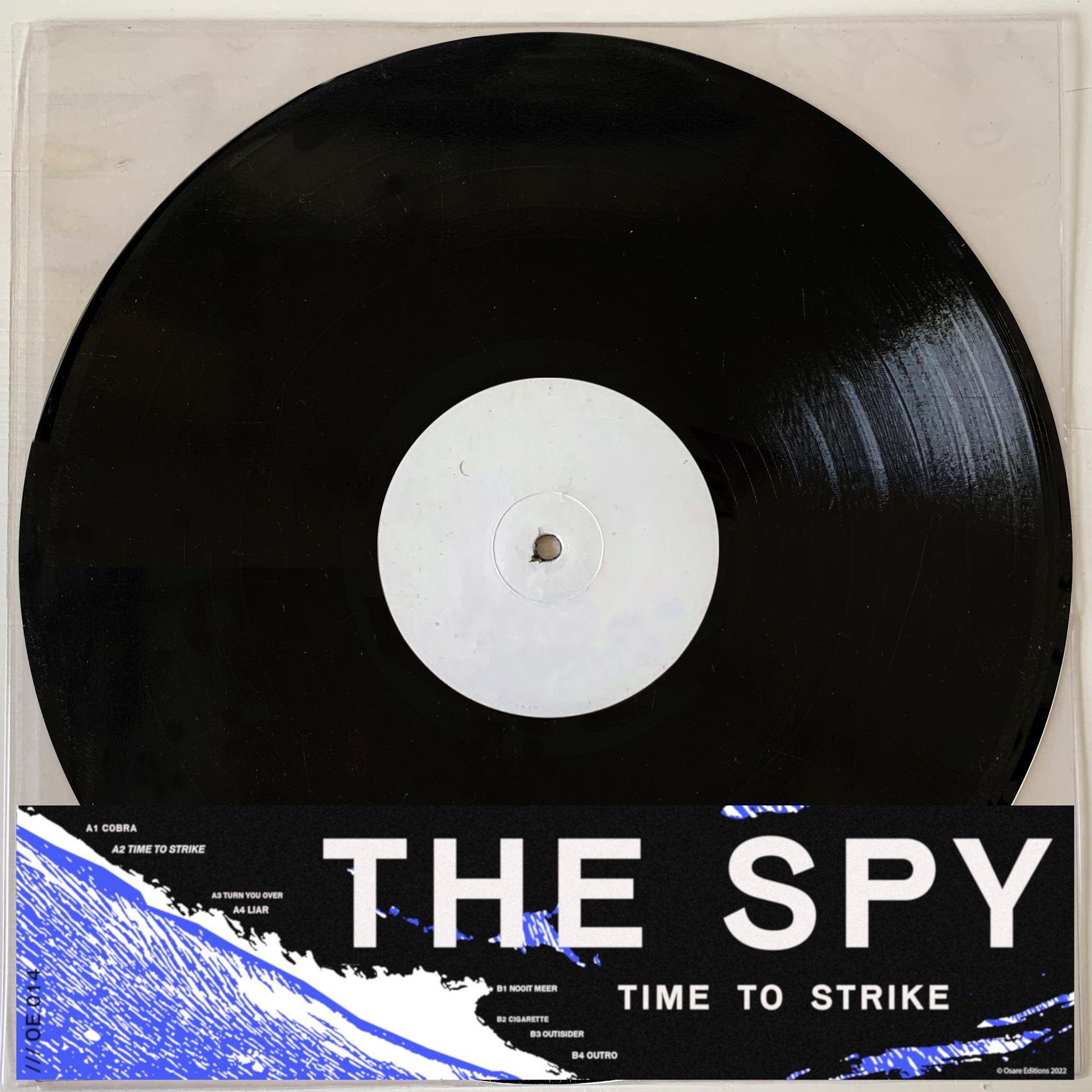 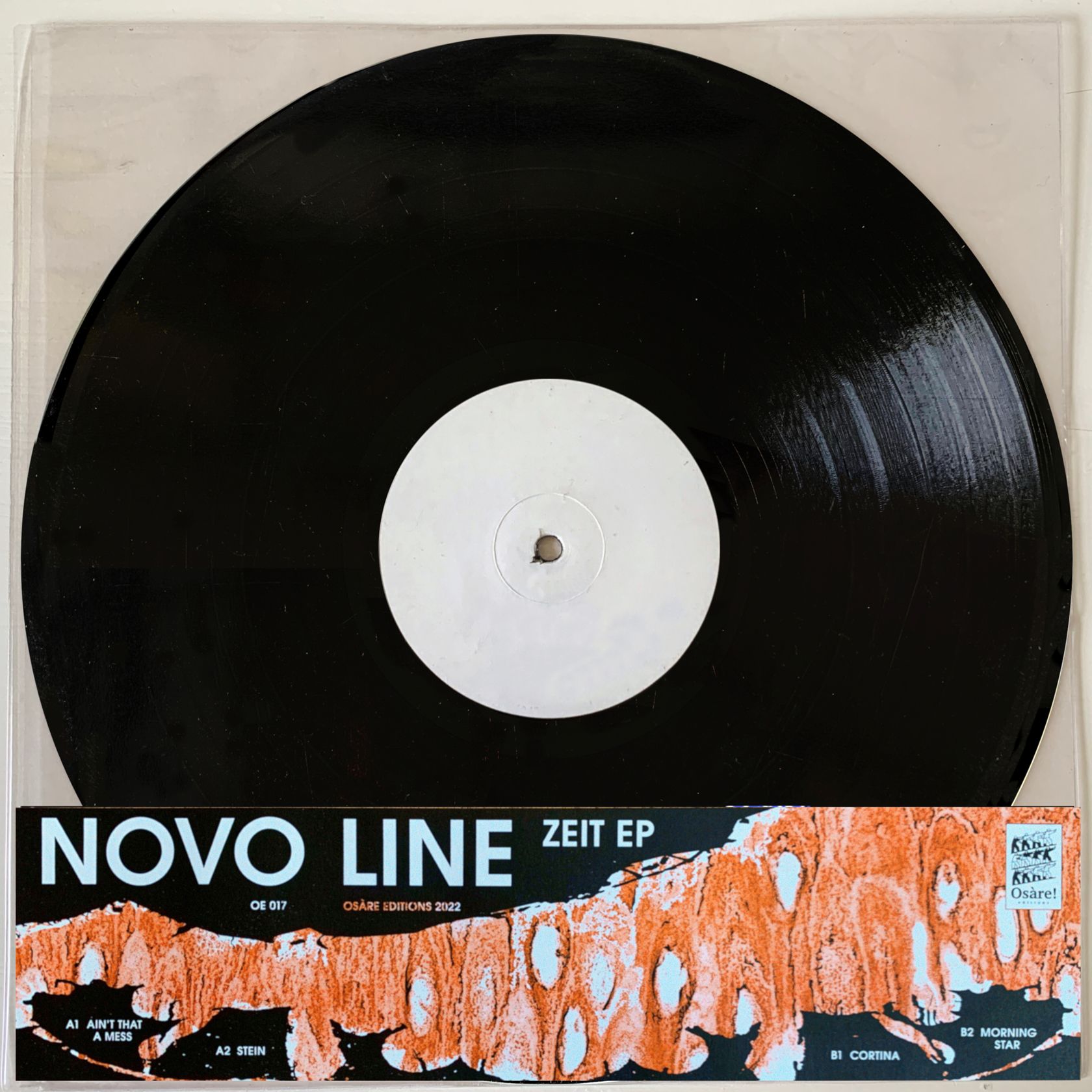 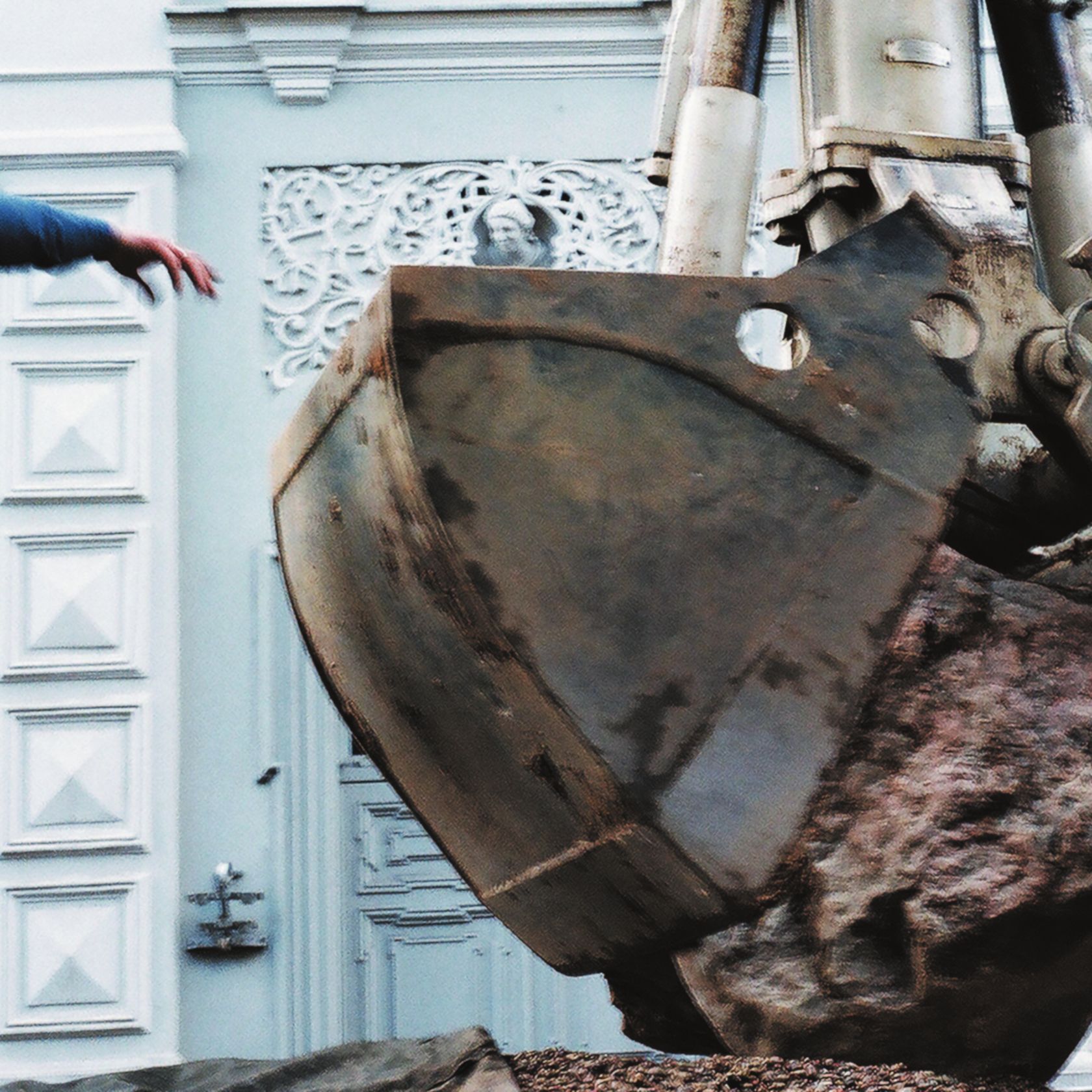 Can you name three perfect records to start a party and three to finish one?

How would you describe the music you play to someone who might not know?

Elena Colombi:  I really struggle describing what I play. I can go in many different directions. Just imagine answering with something like: “Hey mate,I play techno-bass-proto-house-electro-dubstep-industrial-minimal-synth-post-punk-experimental-spoken-word-jungle-leftfield-electronics.” They'd be gone after the first two!

Do you still remember your first musical memory, and if so, is it related to what you do today?

Elena Colombi:  The tape I mentioned earlier would be the one, for sure. It massively sparked my curiosity in different sounds. Through traveling, I was also exposed to different languages and chanting, and I think that stuck with me. I definitely have a soft spot for beautiful voices. I am not sure if these relate directly to what I do now. But getting used to traveling a lot at such a young age must have helped.

You’ve also remixed a few tracks. Do you have any plans for producing your own music, as well as remixes?

Elena Colombi: Yes! A few remixes and a few tracks. I am working on a new remix this week actually. And hopefully finishing some music I have been sitting on for a while. I have been super slow at music-making. Creating the right balance between running the label, gigging, and some studio time has been more than challenging. Plus, I moved home four times in the last three years. It sucks!

What is something you have always wanted to try that you haven’t done yet?

Elena Colombi: As controversial as it might sound – as I have a growing fear of heights – I would love to learn how to pilot a plane! 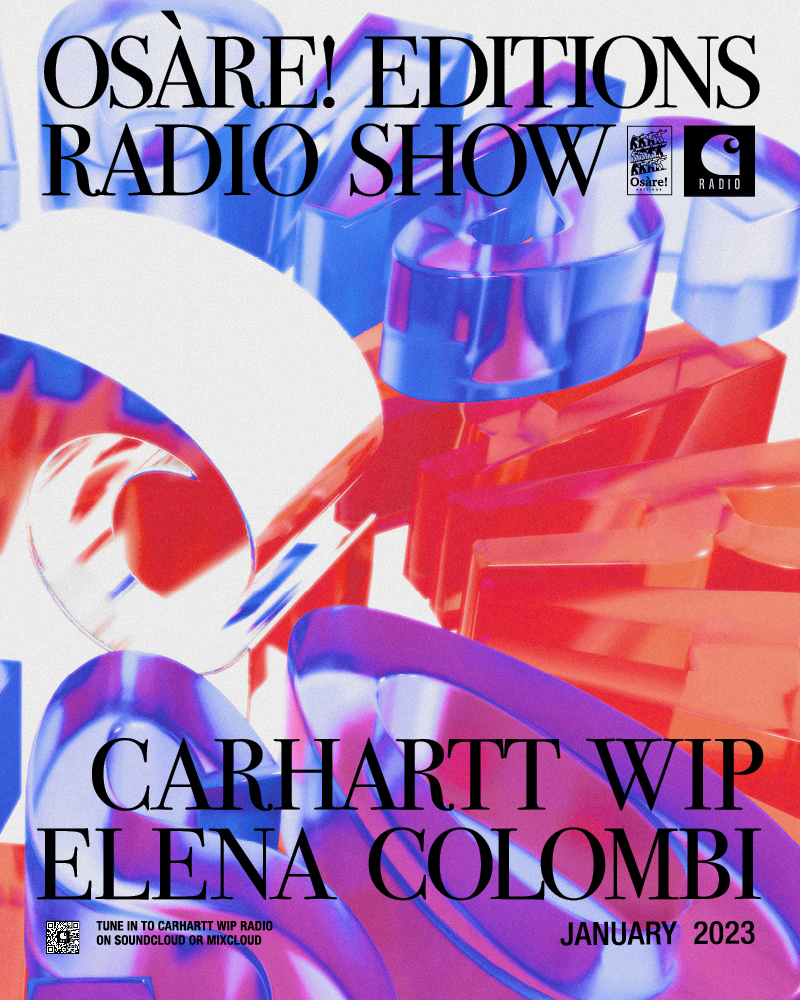